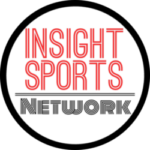 TRANSLATING SPORTS TO THE CORE

GLENDALE, AZ – On Monday, Arizona Coyotes announced the signing of Nathan Smith to a two-year entry level contract, however the terms of the contract were not disclosed.

Smith spent three seasons with the Maverick were he was selected as the CCHA’s 2021-22 Forward of the Year and named First Team All-CCHA. He also set collegiate career high goals, points, shotsand game winning goals in 2021-22 during his time at Minnesota State. During the 2022 Winter Olympics with Team USA he collected 1-1-2 in four games and scored the game winning goal in a win over Germany.

In a statement release Monday, Armstrong mentioned ” Nate wad one of the best forwards in the NCAA this season and helped lead Minnesota State to the Frozen Four championship game. We are very excited to have him join our organization.”